Size Matters. How Facebook & Immersion Figured Out What People Love 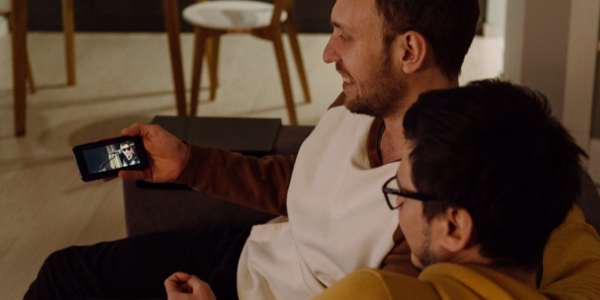 The largest advertiser in the world, consumer products company Proctor & Gamble, cut their digital advertising by over half a billion dollars between 2018 and 2019 because they could not show it was effective.

On the other side of the equation, Facebook earns 98% of its revenue from advertising while advertising accounts for 93% of Google's earnings, fully $150 billion.  How can digital be "ineffective" for P&G but highly profitable for social media and search platforms?

The platform you use determines the results you get.  One purported cause of advertising impotence is shrinkage--content is increasingly viewed on small screens.  Facebook asked our scientists to analyze whether immersion in commercials watched on a TV-sized monitor differs if watched on a mobile phone.  It's a great question so we collaborated with Facebook to find out.

We recruited 70 people aged 18-49, equally split between men and women. Facebook wanted to measure immersion in three movie trailers (Fault in our Stars, Entourage, Get Hard) and a Victoria's Secret commercial.  Participants watched videos on an iPhone 6 in the portrait (narrow) orientation and on a 32-inch monitor.   To make it realistic, the videos were shown during commercial breaks of popular TV shows while people watched on the monitor.  In the mobile phone condition, the commercials were included in Facebook's News Feed.  Each person watched the videos twice, once on the phone and once on the monitor.

I, and the researchers at Facebook, thought that videos watched on the iPhone would result in lower immersion because they were smaller.  The data proved otherwise...mostly.   Average immersion for the four adverts was 42% higher on the mobile phone than on the big screen.  This difference is statistically significant and meaningful: Higher immersion during the study predicted accurate recall of the movies' names and the retailer when we assessed participants a week later.  As in our previous studies, immersive experiences are stored top of mind.

Digging deeper into the data, the Victoria's Secret commercial and two of the three movie trailers had higher immersion on the small screen compared to the monitor. The Entourage movie trailer was the only one that was less immersive on the phone than the monitor.  We wanted to know why. The Entourage trailer had an odd structure.  Rather than create a narrative arc, it used quick cuts of actors that must have been familiar to those who watched the HBO series, but neurologically frustrated participants.

Additional studies by Immersion scientists confirmed that videos on phones are more immersive than those on a large monitor.   A key reason is that a phone must be held steady to watch a video.  This creates somatic intimacy, becoming an extension of the body.  Surveys show that the number one item people cannot live without is their phone in part because it is constantly connected to us. A big monitor, on the other hand, sits passively on the wall.  We are not connected to it.

The platform that you collect data on also matters. Immersion has the world's only Distributed NeuroscienceTM platform which gives our clients the ability to easily collect data from people's brains anywhere people are: at home, at the beach, and while shopping.

Platforms matter and small is beautiful.  Get a demo of Immersion's simple to use mobile app today to see how it can solve your market research problems.