No to "Happy No Year"

Ad of the Week

When we heard about the new ad campaign from Kraft Mac & Cheese that was telling everyone to buck their obligations and double down on that little blue box (or bowl) - we just HAD to get a look for ourselves! 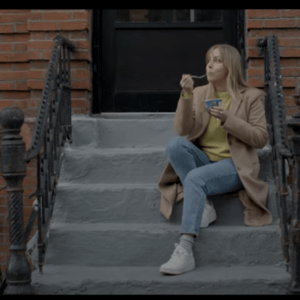 Kraft's message is so appealing for "consumers who are burned out on deadlines, resolutions and other hassles of their lives, and anxious to treat themselves to small rewards," as Jon Springer wrote in Ad Age this week.

We are here for that sentiment and tested this ad out on our own brains for this week's Ad of the Week.

And while we love the idea for the ad - our brains had a very different idea about its execution.

This ad tested with an average score of 25, which is 28 points lower than the industry norm of 53 for this content.

You can see from the second by second measurement above that our immersion started out above average, but quickly dipped far below and remained there for the duration of the ad.

From Immersion's work in nueromarketing and the 20+ years of neuroscience experience on our team, we know for certain that our brains love a story. And this ad fails to tell a story.

Throughout the ad, the commitment to "Happy No Year" is demonstrated in a series of similarly structured and performed sentences, subbing out the last phrase.

"No working through lunch. No acting your age. No worries. No stressing."

You can see how the brain would tune out.

We love the idea for this campaign. It's smart and timely. But to drive immersion and future action - we are going to need to see some story telling from Kraft before these scores go up.

More stories, please! Our brains are begging you.