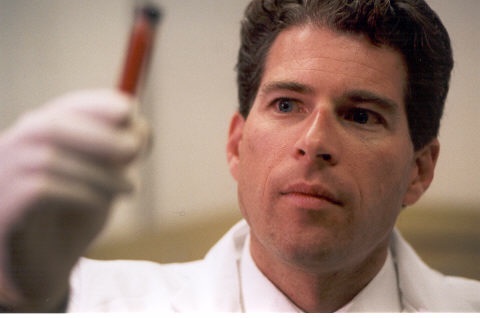 Immersion is full of neuro-nerds. In the last 15 years I've done about 10,000 blood draws to measure neurochemicals in order to figure out when the brain knows that an experience is extraordinary.  That's part the comprehensive science that forms the foundation for Immersion—years and years in the lab.

We thought we would use our knowledge of the brain to bust a few popular neuro-myths.  Each myth has a modicum of truth, but as you'll see, the brain is anything but simple.

Myth 1: We Only Use 10% of Our Brains.  Do you use 10% of your heart?  In a sense you do when you are at rest, but a healthy heart has the capacity to help you run a marathon or jump out of a plane at 13,000 feet by ramping up its capacity.  Whether you are at rest or running, the entire heart is working all the time, just at variable capacity. You are using all of your brain all the time, but not always at full capacity.  The brain is the ultimate learning organ, even in old age (see Myth 4 below), so it become ever more efficient when doing tasks.  You use 100% of your brain and the next busted myth explains why in more detail.

Myth 2: People Are Right- or Left-Brained.  This one is simple: Nope.  The brain is the most expensive real estate in the body.  If you are not using all of your brain, you are wasting valuable capacity to survive and flourish.  Only using part of your brain would be maladaptive evolutionarily.  There are specialized brain functions that have fairly strong lateralization.  For example, language production and comprehension for most people come from the left hemisphere, while spatial analysis and emotional memories reside primarily in the right hemisphere.  This is known from patients with focal brain damage as well as from a procedure I have done many times that puts one-half of the brain asleep temporarily.  This procedure, called a Wada test, shoots an anesthetic directly into one side of the brain so clinicians can query the awake side.  It's a wild procedure!  The entire brain is being used in everything you do with different regions of the brain differentially active during certain tasks.

Myth 3: Your Brain Cells Die As you Age.  The answer here is Yes and No.  Brain cells, like cells throughout your body, die all the time.   Some of the cells in the brain die permanently.  You can accelerate this process by binge drinking; the first human brain I dissected was of an alcoholic and it was a shrunken pitiful brain. But, one of the paradigm-shifting findings in neuroscience discovered in the 1990s was that human brains produce new neurons throughout the lifespan. These new cells primarily arise in areas of brain associated with long-term memory and emotions.  You can stimulate your brain to produce new brain cells with 20 minutes or more of exercise (even walking will do it), staying psychologically safe, and by getting enough sleep.

Human beings flourish when immersion and psychologically safety are consistently high.  The Immersion platform captures both these brain responses in real-time to help people be happier and healthier.  Reach out to find out more.

After two days, I resolved that Canberra is the world's most boring city.  That is why I went back...

I was privileged to have a LinkedIn Live conversation with Dr. Jeffrey Hull, the Education Director...

AVOID THE CREATIVE CRAPSHOOT: What can we know for sure?

I worked at marketing agencies for over thirteen years. And I loved the chaos.