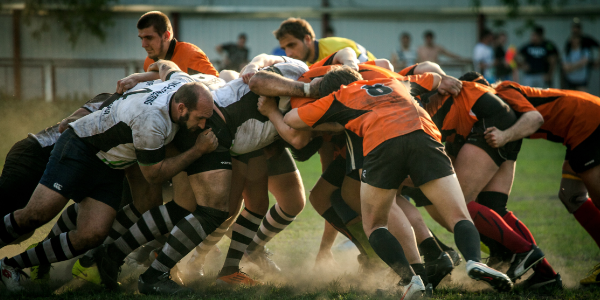 Ready to learn. Ready to excel.  Ready to win.

A few years ago, the BBC asked me why the New Zealand national rugby team known as the "All Blacks" had won more Rugby World Cups than any other team.  That's a million-dollar question and well-beyond my ken. I did suspect that winning rugby teams—and all types of teams—were able to summon a particular neurologic state that made them successful.  More succinctly, they were ready to win.

Google launched Project Aristotle to answer a related question: why are some teams so productive while others limp along?  After measuring over 200 variables, the Googlers found that a construct known as "psychological safety" was the strongest predictor of group success.

Cool, but how is it measured?  Google, as they are wont to do, created their own survey.   Regular readers of this blog already known the considerable shortcomings of self-report data: lying, biases, numerical values untethered to anything objective, and even the effects of hunger and drowsiness.

Since I did not know why rugby teams were successful, I cajoled the BBC into funding an experiment so I could find out.  This was before Immersion had developed our wearable sensors and software platform. The state of the art at the time was to measure changes in neurochemicals.  Two rugby teams agreed to be part of the experiment.

I took blood samples before the teams started their warmups.  I did another blood draw 20 minutes later.  Then, the match started.

The blood showed that before the warm-up, the winning team was more physiologically relaxed than the losing team.  Immersion spiked for both teams during the warm-up, but the winners were neurologically better able to exploit this ramp-up of brain activity. Their brains were ready to win.

The scientists at Immersion have created the first physiologic measure of psychological safety.  No unreliable surveys and no blood draws.  We have added this valuable new feature on the Immersion platform to tell teachers and trainers if attendees are ready to learn, are prepared to cooperate, and are neurologically able to succeed.

Our software makes this easy: Green means the group is very safe, yellow shows they are safe, and red indicated that the group is feeling unsafe.  Green or Yellow means you are good to go. Red means stop.  Take a break, meditate, stretch, grab a snack.  The brains in the room are not ready to perform at their best.

Employees who create psychological safety also expedite crucial conversations with colleagues.  Challenging information can be transmitted effectively when the receiver is ready and able to understand it.

Now you can accelerate performance of the humans you work with by measuring psychological safety anywhere, any time.  Don't guess when it comes to performance, measure readiness before you get started.

Interested to see what Immersion can do for you? Learn more about Immersion's measurement of Psychological Safety and more.