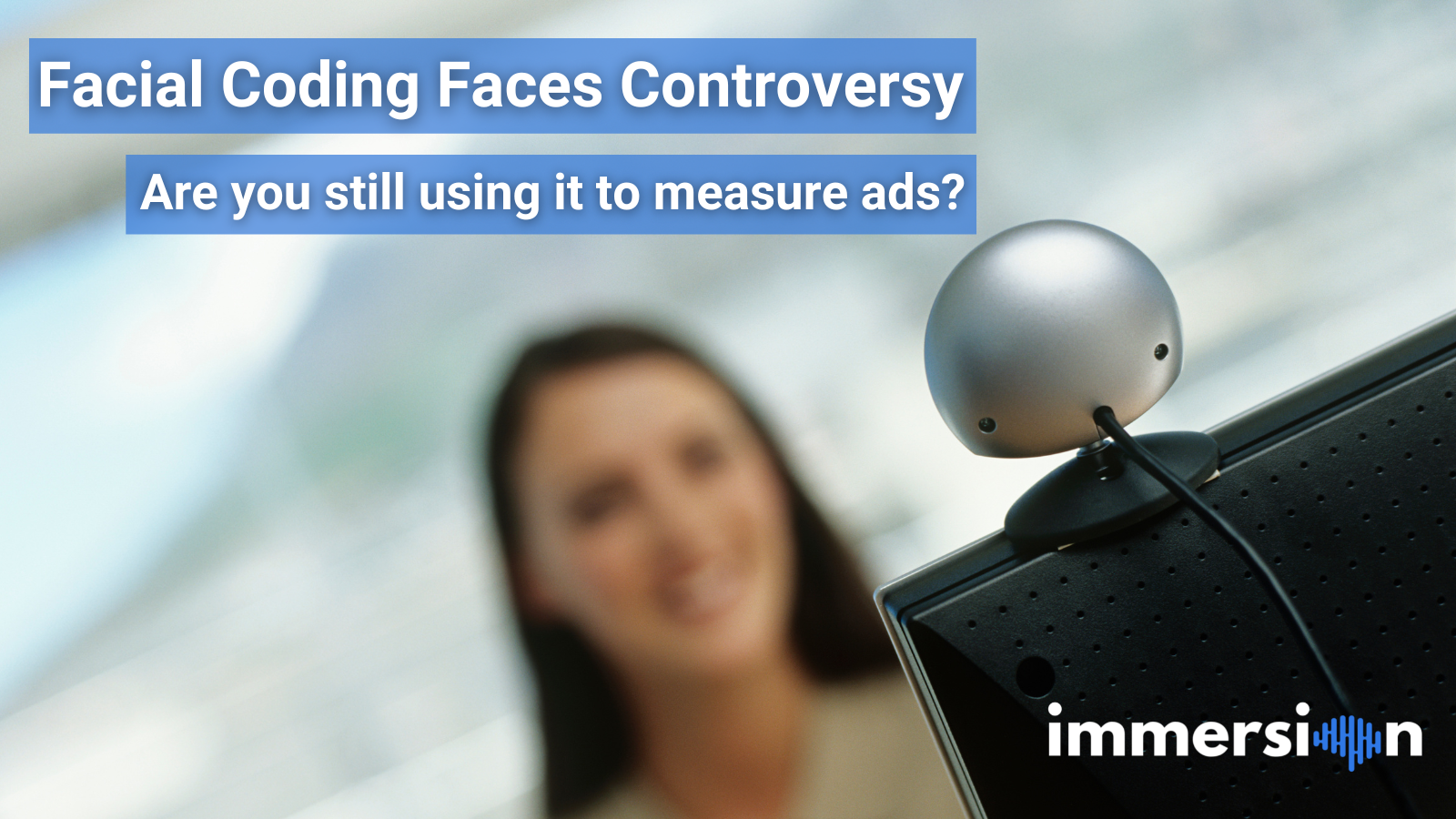 So you want to understand what your customer is feeling when they watch your ads.

It’s easy to believe that measuring their facial reactions will tell you about a customer's emotional responses.

The camera’s right there – easy! It’s a technique that’s been around for a while, and some marketers believe the approach provides valid insights into what people feel and perhaps what they will do.

This is called facial coding and it’s been scientifically debunked for its inaccuracy, disputed scientific basis.

Facial coding is a marketing technique that purports to measure emotional reactions by tracking consumers’ changing facial expressions as they engage with content or an experience.* Facial coding claims to make educated guesses about which emotions a person is experiencing.

The output also typically includes a line graph depicting the proportion of consumers who expressed each emotion at varying points of the experience.

But, are emotions really measurable by recording a person's facial muscles?

“In sum, these findings reveal that facial movements commonly thought to signal particular emotions regardless of context, person, and culture are not universally diagnostic of emotional states.” – PsychologicalScience.org 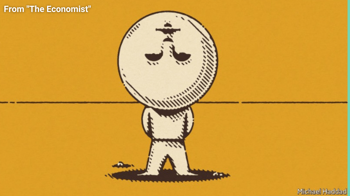 As The Economist reported in 2020, companies are using facial coding without any scientific basis to support its physiologic validity or predictive accuracy, mostly because the software is easy to use and it seems "scientific."

“An analysis of hundreds of research papers that examined the relationship between facial expressions and underlying emotions has uncovered a surprising conclusion: there is no good scientific evidence to suggest that there are such things as recognizable facial expressions for basic emotions which are universal across cultures.” – The Economist

As reported in the New York Times, even Microsoft is retiring facial recognition tools.

In 2022, Microsoft is in the process of phasing out a number of AI-powered facial recognition tools – primarily one that claims to infer emotion like their product Azure Face (TheVerge.com).

“Such “emotion recognition” tools have been criticized by experts. They say not only do facial expressions that are thought to be universal different across different populations but that it is unscientific to equate external displays of emotion with internal feelings.” - James Vincent, The Verge

Professor Lisa Feldman Barrett, when interviewed on the use of facial coding by marketers said that:

“Companies can say whatever they want, but the data are clear. “They (the software) can detect a scowl, but that’s not the same thing as detecting anger.” - The Verge

But you still need to measure consumers' emotional responses to content and experiences in order to predict what they will do.

Immersion measures neural activity without interrupting how your consumer really lives. No lab, no weird wires, and god-forbid, no invasive camera.

If consumers normally watch your ads on the couch, you should measure them there in order to capture how their brain responds in a natural way. Immersion lets you collect true neural activity that accurately predicts what people will do wherever they consume your content or shop or learn.

Immersion’s algorithms are optimized through 20 years of peer-reviewed and replicated scientific research and client use to do a single thing: accurately predict what people will do, full stop.

This research, and use by Immersion's subscribers, have proven that Immersion's metrics predict market impacts with 83-98% accuracy because Immersion was built from the ground up for this purpose. This is not the case for facial coding or any other neuroscience technology.

Immersion is not based on what expressions are made externally while consuming content, 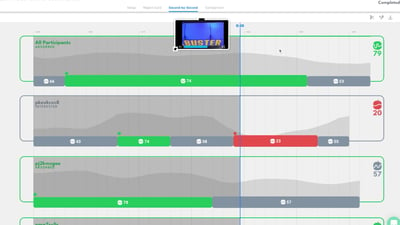 but measures what is actually going inside the brain. Second-by-second results that provide the actionable insights you need to influence sales, loyalty, and enjoyment.

Immersion data is easy to measure using only a smartwatch app. The data show you exactly how to improve your content or experience because Immersion capturies what people's brains value. Immersion is the only way to measure people's emotional responses to content in real-time. It's really that easy to ensure what you create moves people and moves markets. You just have to measure what matters: Immersion.

Ready to try it out for yourself? 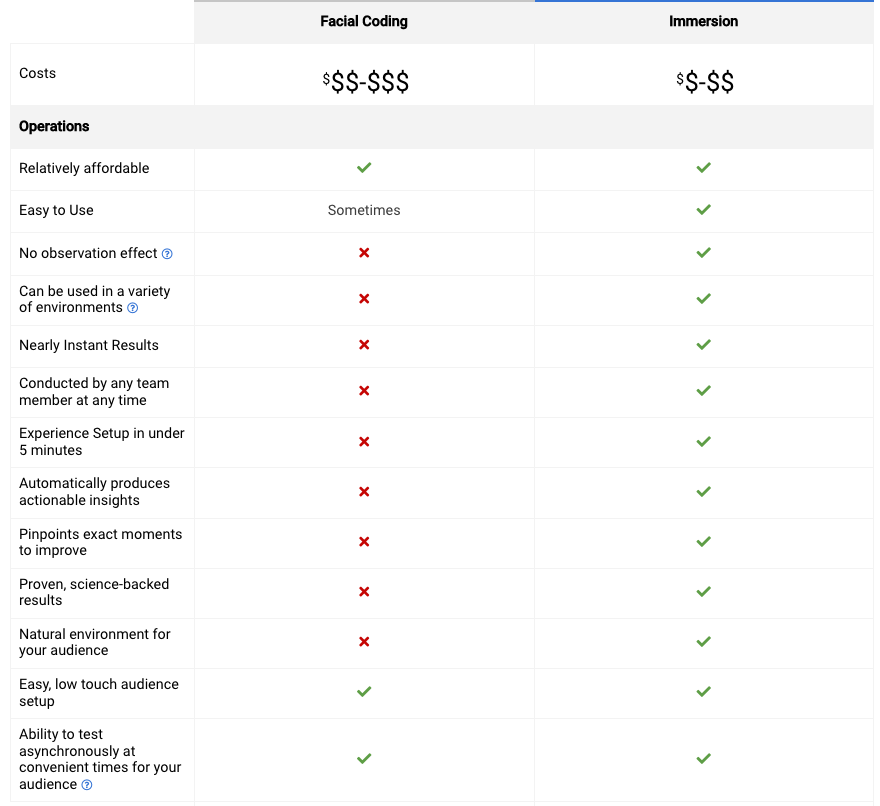