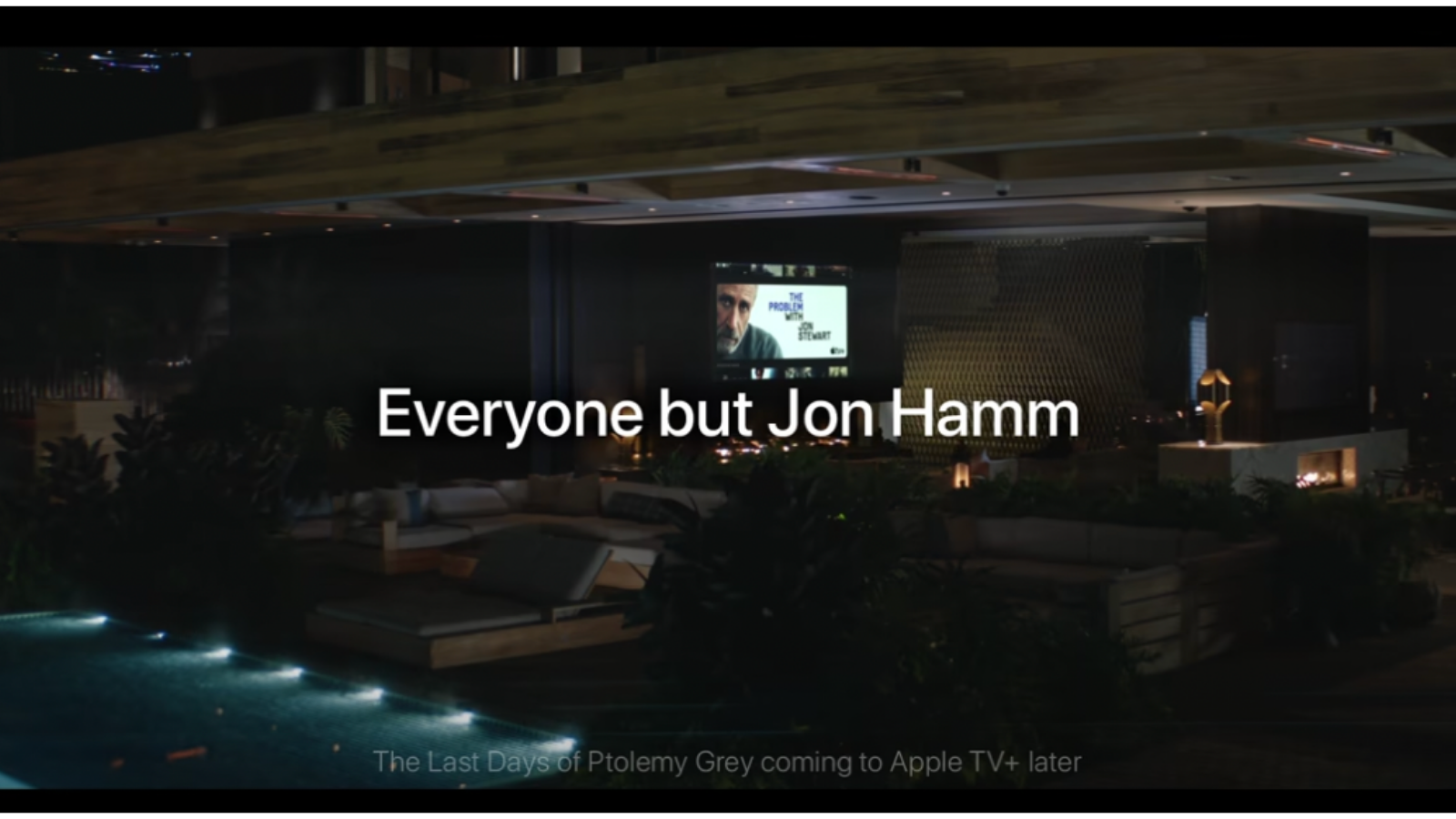 Apple Tv+ and Jon Hamm? Seems like a recipe for success right off the bat.

In our Monday morning sales meeting - our whole team was laughing about this ad that premiered during prime time football the night before. We loved it. So it had to be the Ad of the Week!

Jon Hamm is incredibly lovable. He is onscreen magic from his days as Don Draper to his offbeat cameo in Kimmy Schmidt - he captures hearts, laughs and attention everywhere he debuts.

But we all know not to fall for that by now, right?

Attention doesn't drive immersion.  And the lack of storytelling in this ad created one of the lowest scores we've seen in a while . . . even though we thought we loved the ad!

Immersion is a state of emotional connection that enhances recall and encourages action. This is why it needs to be measured when you make ads. You need to be sure that you aren't measuring the wrong thing.

Looking at the immersion scores from the Apple TV+ ad, we started out with an average immersion score of 48 - close to the industry norm for this kind of content. But we dipped and sustained that dip throughout the rest of the ad.

Jon Hamm's joke wore off in the first third of the commercial and was merely repeated with different cameos. Not enough to capture our immersion. You can watch the ad and see the full measurement HERE.

This brings us to something we've been thinking about for a few weeks now. We continue to measure ads reported by trade publications as the "Best of the Week."

We trade stories every morning about which ads made us laugh, which cameos surprised us and we measure them. But our immersion often remains low on ads deemed by the industry to be generally "good."

In fact, it's not enough if a consumer watches your ad over and over again creating lots of impressions if they don't take action. Sure they've been entertained, but did it move your product? Did they heed your call to action? If not, are you really getting your return on investment?

To drive recall and make sure consumers remember your brand and take action - your ad needs to drive immersion.

By using Immersion to measure your audience in the test phase of ad creation - you ensure you are iterating for increased immersion that will drive sales. Not for likes around the water cooler Monday morning.

This is a common phenomenon. A friend explains to you a funny commercial they saw - but cannot for the life of them remember the brand so you can look it up.

Don't be that brand. Immersion drives action. Attention only drives conversation. Measure and iterate for maximum immersion to drive action and increase your sales.

Think your ad has what it takes to drive immersion and not just attention?