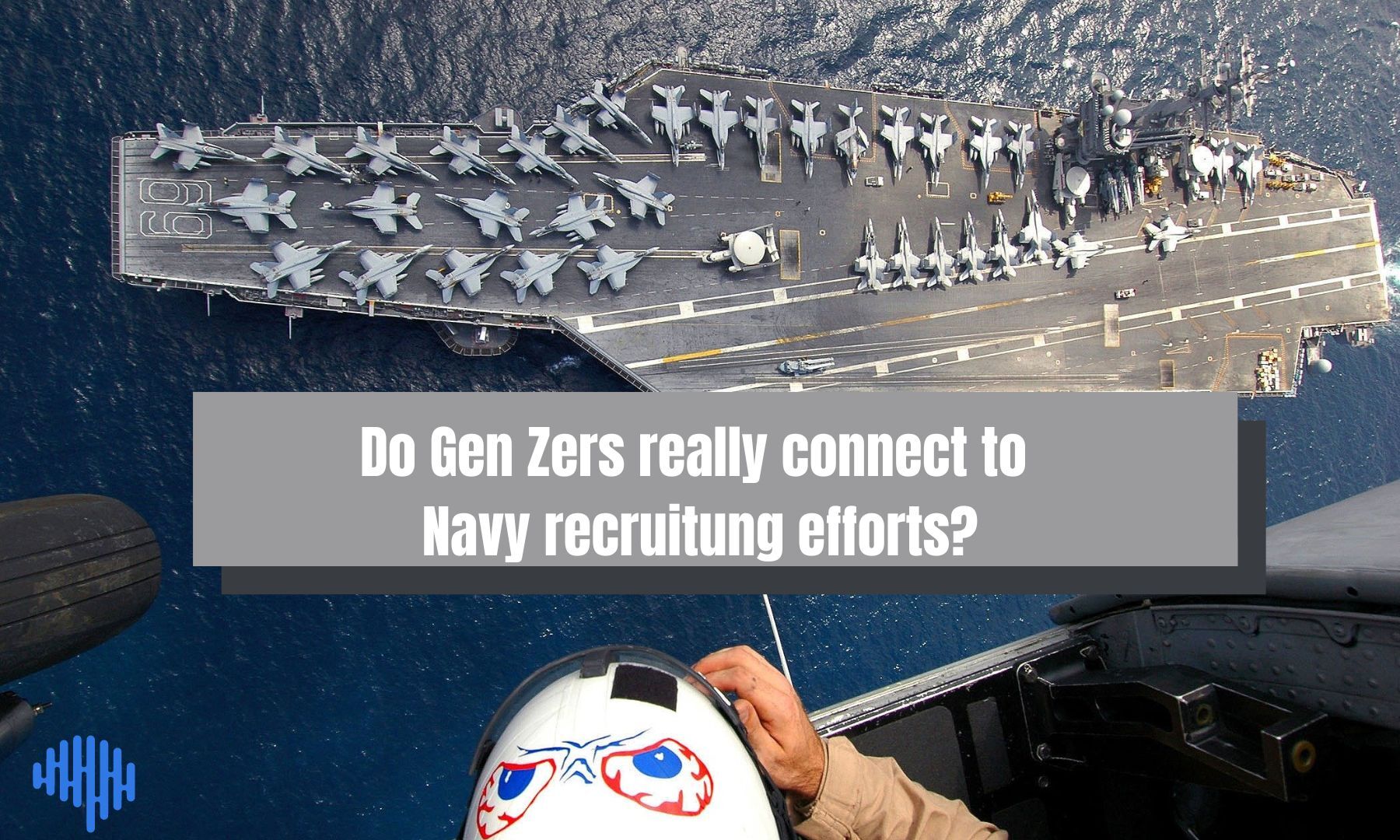 Have you ever thought about joining the Navy? Gen Z hasn't.
Well - maybe that's an overstatement, but the US Navy is working hard to get them to consider enrolling! Ad agency VMLY&R is working with the US Navy to inspire Gen Zers to join.
Adweek shared an article describing the challenges that the U.S. Navy is experiencing with recruitment and the release of three new advertisements.
Rear Admiral Alexis “Lex” Walker, commander, of the Navy Recruiting Command, stated:

“We want to share with Gen Z the life-changing opportunity the Navy provides, and to help them understand the vital role the Navy plays in all of our lives, defending against our adversaries and ensuring our global economy travels over free and open seas." - Lex Walker, US Navy Recruiting Command

The goal of the ad campaign is to shift the mindset of 17-24-year-olds away from saying “Never”.
It's a difficult task - working to sell something that Gen Z has historically proven they don't want. Trying to move them from aversion to conversion.
The 60 and 30-second films are inspiring but will they be enough to move the needle on Navy recruitment efforts?
What if there was some way to measure the emotional resonance Gen Zers will experience when viewing these ads? Some way to know if they will take an action after viewing?
Well - you're in luck! There is - with Immersion.
Immersion Neuroscience makes the impossible possible by measuring brain activity in real-time. With our app and smartwatch technology, we could support the U.S. Navy‘s quest to understand what they are missing in the Gen Z market by identifying what the demographic connects with.
Immersion creates second-by-second analysis of content that allow you to determine specific areas for improvement and predict future outcomes.
And with Immersion, we can understand what people truly value instead of what they say is important. Imagine the time Immersion will save you from guessing, A/B testing and focus groups.
Want to see for yourself?