If Content Is King, Why Do Most Shows Play The Fool? 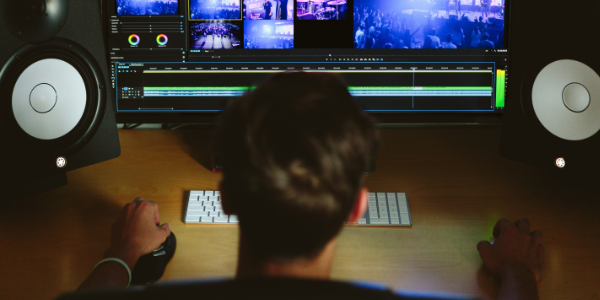 It was Bill Gates in 1996 describing the possibilities of the internet.

Technology was supposed to elevate content to new heights.  It probably has.  This might be the "golden age of television" except broadcast television is taking a beating.

Five years ago, the broadcast networks averaged 28.5 million viewers in primetime. Today, only 21.2 million people watch primetime TV.  The decline is even steeper for younger demographics.  So, what is a network to do?

While the networks have streaming portals and have syndicated older content on their sites or aggregators like Amazon, Hulu, or Netflix, the business models for streaming are still being established.  If you are a content creator, here's some data that should worry you: By 2018, Netflix had spent $30 billion to produce 1,000 original shows.  One thousand.

But then how many of these do you remember?

For broadcast networks, they have to air shows that appeal to a large enough demographic that advertisers will support the show.  Networks must also ensure that immersion peaks occur immediately prior to commercial breaks so that people do not tune-out.

Streaming services must produce enough content that people want to watch to justify a monthly subscription.  This puts a heavy burden on both the volume and quality of new shows.  Serialized entertainment, native to the streaming world, is structured differently than in the broadcast world. Characters do not need to be re-introduced, establishing shots are less necessary, and pre-advert hooks every eight minutes are not needed.  Even the length of shows is flexible.  Streaming services target content for the long tail, but the tail cannot be so thin that there are too few subscribers to pay for the service.

Immersion's entertainment clients use our platform in multiple ways to guarantee the quality and targeting of content.  The most prominent is identifying shows that should be green-lit for production.  Clients measure immersion from table reads, sizzle reels, and rough cuts and use Immersion's entertainment benchmarks to determine if they should move to production, make major improvements, or drop the project altogether.  It is quick and easy to measure immersion while 15 people in your accounting department watch your content.  You will get an immediate snapshot telling you to move forward with production or step away.

A client who produces unscripted TV shows used Immersion to identify hit shows with 84% accuracy.  In this study, participants watched the shows' first 8 minutes.  Even when the Immersion team analyzed just the first minute of the content, the data still identified hits with 80% accuracy.  The brain doesn't lie, and it evaluates content rapidly.

Streaming services also have to determine whether their content is binge-worthy.  Are the hooks at the end of each episode immersive enough to make viewers click "Next?".  Is immersion building during multi-episode narrative arcs?  Are there too few or too many ancillary storylines?

Buzz for new shows will make or break them.  Who are your superfans and where do you reach them.  The Immersion platform measures brain response to identify superfans.  Including broad demographics and psychographics in immersion testing reveals hidden superfans and where to find them.  Superfans want to generate buzz about the show they love, so enlist their help.

People crave entertainment.  When that entertainment generates immersion, it is binge-worthy, buzz-worthy, and profitable.  Your job is to create content that people will love – now you have a way to measure that love before you invest.  Ratings and viewership are a backward looking metric, Immersion will help you predict the love your audience will have for a TV show, movie, or album.

Want to see it in action?  Want proof of our ability to predict ratings with over 80% accuracy?  Schedule a demo and see what others are doing to make better content decisions.

Ben.  The little boy's name is Ben.  He looks so happy.  So, why is his father heartbroken?

Steamed mussels, white wine, and espresso. Mihaly, or Mike as he preferred to be called in America,...

Retailers are battling each other to capture sales online. Prices matter, but so do services such...