This week at Immersion - we’re thinking a lot about strategy. It’s an essential, foundational part of any great campaign.

So we spent some time digging around in the top strategically successful campaigns of the last few decades. And one that stood out was “Hinge: Designed to be Deleted.”

In 2019, Hinge, a former challenger brand in the dating app space, launched a commercial in 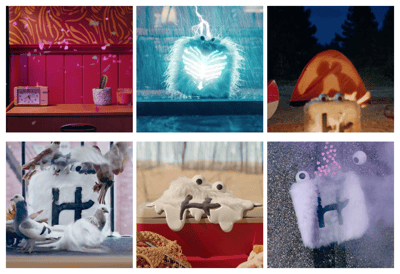 And the “Designed to be Deleted” campaign was born.

This risky strategy was based on a key consumer insight about Hinge’s target demographic: they were using a dating app because they desperately wanted to get off dating apps.

Red Antler, the agency responsible for the campaign execution said "Hinge believes the entire point of using a dating app should be to find someone—and dump the app." And the campaign strategy was born.

It's obvious that this strategy resonates with the demographic. It’s damn near brilliant. But does the content drive immersion?

We took one of their ads and measured our brains as we watched. While the content performed just above average, it did not delight as much as the driving strategy behind the campaign.

So what was missing?

As we mentioned in our ""Top 10 Ways to Improve Your Ads,” storytelling is essential to capture the brain’s immersion and drive consumer action.

And while this ad started with a compelling story - see the high immersion scores for the first 10 seconds of dialog - the rest of the ad failed to build on this story and drive immersion among consumers.

We know the strategy performed well overall - it drove a 45% increase in downloads and Hinge is objectively no longer a challenger brand in the dating app arena. But the campaign was heavily integrated across design changes in the app, out of home billboards, subway ads, and print, tv and digital ads.

And looking at the immersion scores for this ad? A multi-tactic approach was key for this strategy - we can see this ad alone was very unlikely to drive future action in consumers.

Immersion is an essential tool in bringing strategy to life. No matter the insight - ads need to capture viewer’s brains. Even a 10 point increase in immersion can drive a 5% increase in sales.

Knowing that - measuring and iterating becomes an essential part of the conversion goals for any good strategist. Every piece of content created against a strategically strong campaign should drive viewers' immersion to convert.

You caught their eye with a great insight - now capture their brains!

Have an ad you’d like to measure? Simply drop the You Tube link on our site - button below - and get a free measurement!

Our greatest strategies deserve an execution with unbiased feedback to ensure they not only see the light of day - they drive consumer action.